Another Google update is here. The SEO world is taking cover and hoping for the best.

Later today, we are releasing a broad core algorithm update, as we do several times per year. It is called the January 2020 Core Update. Our guidance about such updates remains as we’ve covered before. Please see this blog post for more about that: https://webmasters.googleblog.com/2019/08/core-updates.html

I didn’t see much movement the following day after the announcement of the update, with only very normal changes seen in my client SEO rankings. That was up until around 7 or 8PM (UK time) this evening when HUGE fluctuations started hitting the SERPs.

I’ve been reading the forums over at Webmaster World and Black Hat World where there’s a lot of chatter from angry website owners who’ve been ruined by this update. It’s big.

Check out the spike in Rank Ranger’s Risk Index:

Rank Ranger’s Risk Index is a tool that monitors Google’s daily ranking fluctuations for all of the keywords they track. When the graph spikes (as above) it means that a lot of keywords are fluctuating at the same time, usually a good indicator of an algorithm update.

It’s still too early to cry or celebrate as this update is still rolling out to Google’s numerous data centers around the world. It’ll be interesting to see how things look tomorrow.

Early signs are positive for my clients, though. Everything has gone up. 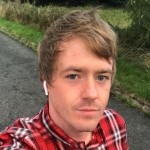 I'm a technical SEO with over 10 years of experience. I work at Paramount Digital in Rainford where we manage over 150 clients.

Creative Ways to Get an SEO Job at a Marketing Agency

How to Remove Your Featured Snippet from Google’s Search Results